When Denver’s GALLERY M launched it’s Charles Dwyer “A Call To Vera” show on March 7, nationwide gallery and collector shows were preparing for the “economic realities” in the US due to another economic bubble taking it’s toll.

Would galleries and their painters find it difficult to sell with cuts in household perceived and actual wealth? Would sculpture be preferred because at least you could melt it down if American and international economic systems fail to work and the high commodity prices encourage owners to resort to barter systems? Since silver plays and played a role in photography would these moments in time remain a sought after medium? Do electronic art installations comply with the green/environmental movement filtering throughout the world? The answer is found in the details of each. Ultimately good fine art is remaining a strong option in today’s economy for those capable of owning good fine art and able to relate to it.

Anyone collecting art for investment only, regardless of medium, should only be doing so as a diversification option. Eggs do not belong in one basket and cavet emptor definitely applies – avoid television invitations to buy art or rogue auction venues emphasizing a great deal sits before you but you must act now (Cruise ships and Dali come to mind).

Instead, the attendees at select shows throughout the country have found excellent buying opportunities. These opportunities are supported by experts in the artists, the mediums, and the work being considered – dealers and galleries.

Today’s close of AIPAD at the New York’s Armory really highlighted a week of anticipation for the fine art photography market in general. For starters many important 20th century photographers, some featured at GALLERY M, proved their merits in the aftermarket – at auction. This season’s auctions were scheduled too close to the main dealer show in New York, except that the attendance at AIPAD appeared to be very strong.

While venues (and the people behind the “curtain”) make the difference for what price a work is estimated at and then ultimately sells for, the New York Auction houses filled a void for those worried about the investment value of their collection: essentially that photography remains a viable alternative to other mediums and even asset classes for the preservation of wealth.

As mentioned at the beginning of the week, Andreas Feininger’s “The Photojournalist, 1951″ exceeded it’s estimate and closed at the true market price found at galleries (the 11″ x 14” modern, limited edition print, signed). While a secondary work may not be in pristine condition as found from a primary gallery who works with the artist directly, this specific work underscores the importance of understanding each artist for his/her own merits. If the artist is not widely known, widely collected, or at least influential to the medium’s legacy for art’s sake, the value will not traditionally be more than an average annual rate of return for fine art (5% to 7%).

I cautiously mention art’s implied return on investment merely to put to rest the current phenomenon found at contemporary art shows – Art Basel, Scope, Pulse and the like. At these shows, emerging to established artists are pushing prices higher partly because the attendance and interest in the venues has become a cultural phenomena. More exposure is leading to more collectors ultimately finding artists through galleries that otherwise would not be found. And yes pricing does change when works sell. Some of the pricing actually is not justified: because a work is an original work by an artist with one gallery does not entitle the gallery or the artist to blue chip pricing of a work. You will know when price is desperately out of whack – your gut will say “this is the ugliest, most absurd thing that my eyes have ever seen.” And if you check your blackberry for a competing price – remember that your digital information is only as good as the source.

Talent leads price in fine art mediums. Those who can influence multiple guts, usually can benefit from multiples at the bank. The Winter/Spring art show season of ’08 will wind up being strong in the United States. Partly because of the quality available to collectors in the United States and partly because international collectors are now traveling to the states for exceptional art. As for the mining of art for it’s material content – you probably wont have to melt your bronzes anytime soon. 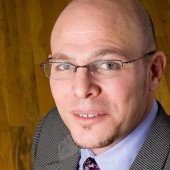 Founder, Editor and contributing writer, Mr. Mason Hayutin is recognized for his depth of experience and knowledge in technology, energy economics, real estate and the arts (fine and visual). Having worked with recognized world-class artists and their estates since 1997, Mason brings a wealth of practical experiences from installations, marketing, and private sales. An active business advocate, he successfully released the fine art documentary film LUBIE LOVE in 2009 ahead of the global auto crisis - in addition to maintaining his tenure at GALLERY M INC. Hayutin holds a degree in Economics from Washington University in St. Louis. You can read his insight here at The Art Quarterly as well as in regional and national publications.

The Greats in Denver: Monet at DAM