Again, I listened to New York Times columnist, Thomas Friedman, talk about his thoughts for the future of the United States. He said that in this political climate of McCain vs. Obama the mantra must be ‘Invent Baby Invent’ not ‘Drill Baby Drill’. This country of blue states/red states/ but all are the United States of America (as Obama said in 2004), we must be developing energy independence for ourselves, which will then filter out to the rest of the world. By developing wind power, solar polar and other renewable sources of energy, we will be able to green our environment for generations to come.

Thus ‘America in all of her Grandeur’ is so timely. Opening November 14, 2008 (thru March 31, 2009), the paintings of Jay Wolf Schlossberg-Cohen record the natural beauty of our land whether it be Joshua Tree National Park (CA); Rocky Mountain National Park (CO) or Shenandoah National Park (VA). 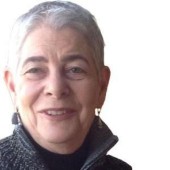 Myrna has been a cultural and fine art leader in Colorado for over 35 years. She has worked directly with local, national and internationally recognized fine artists, collectors and estates through her fine art gallery, GALLERY M.

How to judge photographers and their works

RED – a color to embrace, hate or love